COSPLAYER SUPREME.  So SUPREME, it seems he got Dan DiDio, executive Editor of DC Comics to make an actual character of him named Freighttrain.   This real life superhero does cosplay for the people of DoDECA Con every year since they’ve started.  But couldn’t do it this year because he was overbooked with his engagements,  and asked Myself, Joseph Illidge ( writer and editor of many DC comics books like The Batman and long time bestie) and Larry Stroman, who helped to create a comic called Tribe in the ’90’s and also worked on a slew of X-books for Marvel including Alien Legion….

…To step into his shoes at this bazaar, help some people get set on the right track by showing them all the ropes of breaking in into the comics biz.

And it was a touch odd at first after we got there.  Less on the comic front more on the COSPLAYER Circuit. But some great things came out of it,….. Joe, Larry and I got to know the people of the area.  And they were eager to meet us and eager to learn about the process of not just comics, but of finding out their own futures.

One of them being a really cute fifteen year old young woman who just may be taking her sophmore classes from her high school at M.I.T.   That young woman impressed me the most.  And blame me for going all “DADDY” on her and arming her with some knowledge on not being pressured by young men in a way that would make her lose her forward steam.

The treatment we got from there was awesome. And there’s media coverage with an article written about the occasion by a columnist named ALICIA STICE.

CONGRATS to TONI WESTBROOKS-TAYLOR and Husband for a successful launch.  They raised over 1100.00 to feed hungry families.  It still needs tweaking, but if they did a bit more and it’s cohesive too,  they’ll have a comparable con that could take on everyone.

Check out the article!  And then some of the pics of me, Joe, Larry, and CosPlayers Dave Turner, husband to the Amazing Ivy Doomkitty and the beautiful Samantha Wolfe below! 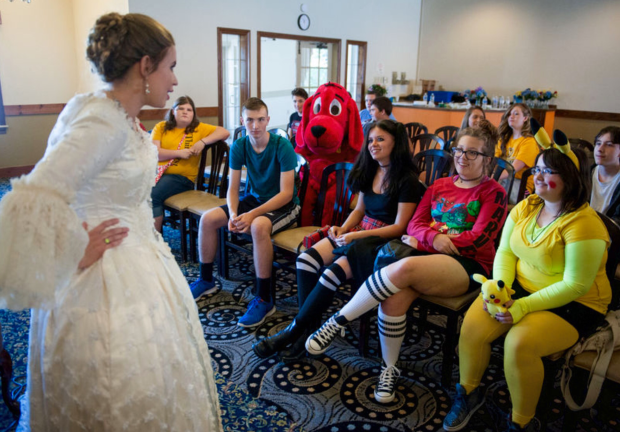 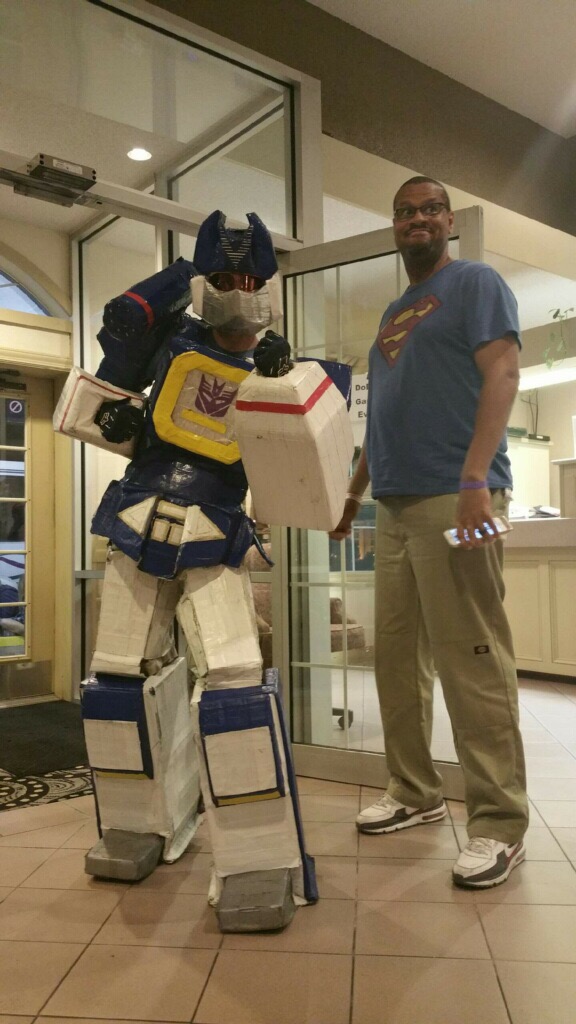