It’s a really odd pairing, I know… having to draw a “realistic superhero ” paired with a known Hanna-Barbera cartoon character, but when I got an email from DC editor Jim Chadwick to do a cover with BLACK LIGHTNING and HONG KONG PHOOEY…. I would be crazy to turn that down! I was in the middle of doing my second book of KINO with Lion Forge , when I got the email, and at the end of the schedule, I took to getting it done. Only they didn’t tell me that I had to morph the cartoon so that in visual concept, HONG KONG PHOOEY looked like he was in the same physical universe as BL. What DC got was THIS….. 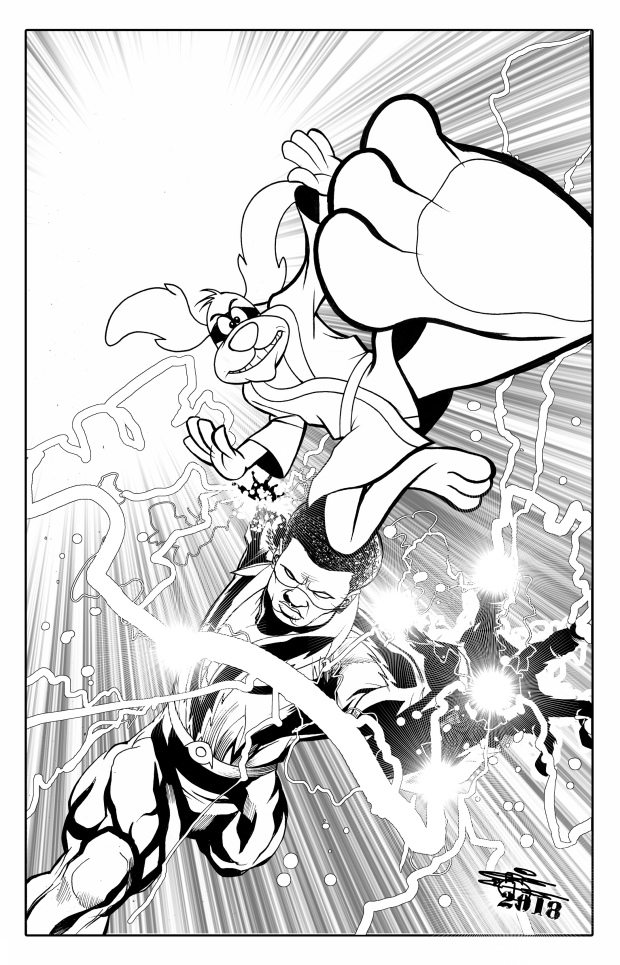 …. which caused all manner of confusion, because I was never told to make HONG KONG PHOOEY look “real”. It was supposed to be THIS:

…. admittedly, Jim Chadwick and I chuckled about this cover. I mean, how ridiculous does it look? How can HKP look like he’s going to kick butt looking like one of the Laff-O-lympics? How can BL be taken seriously?

LUCKILY, he gave me another go at it. And you have the second one in the books. And Gabe Eltaeb did a great job with the color work. 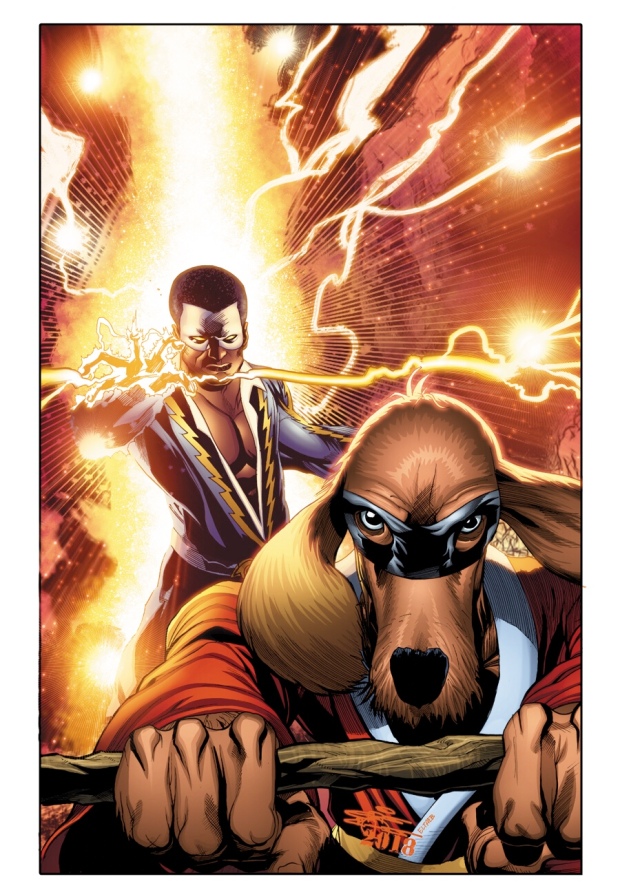 Can you imagine if they let the first One PASS?