There are many people that have a job they go to every day, and then there are people who work for a living. Some people have jobs that make great money, but they hate the foundation it was built on. To the point where after a time, they leave that job to get the WORK they’ve always wanted to be a part of. Some WORK and enjoy it so much that they’d do it for free. And with the amount of money they make doing it…. It might as well be.

But every once in awhile the concept of making money and doing great work agree to shake hands. It’s what we’re all willing to be a part of in this here ‘Merikkuh.

I always knew what I wanted to do ever since I was a kid. When it wasn’t architecture or creating cars on paper, it was drawing stories.
When I was in public school, myself and about six other guys loved comics so much, we created our own comics lines and raced to see how many complete stories we could do in a year. The one who did the most would partner up to do a crossover event that would merge our universes together for a time. And that was the sense of fun I wanted to have getting into the world of professional comics.

Here’s the thing: even though I was told by even my best friends at the time that I’d never make it to draw for the Big 2-(Marvel/DC), and trust me… They weren’t my friends anymore after that was said,…. I never had a doubt that I wouldn’t just make it, but that I’d be good enough so that other people in the business would take notice as well. And I knew it would take work.

When I made it to the last year of high school (Abraham Lincoln High School in Coney Island) back in ’86, I heard some classmates talk about going to some art showing out in by the comic book club in The School of Art and Design, another great high school in Manhattan. I wanted to go there but it was outside my zoning and you needed a certain test level to go to schools outside your zone at that time.

I went on a Friday afternoon to this school and this is where I met Aldrin (Buzz) Aw, Joseph Illidge, El Marable, Caesar Antomattei, and a slew of great artists. Even at that time, they were all at great levels and any of us could have been snatched up into Marvel or DC or even the Indy market at any time. But as we got to know more of each other, we all started creating our own stories. Our own books, which immediately reminded me of when I was in junior high.

And we all learned the art of the hustle. At some point, Joe Illidge and Caesar became staffers at Milestone Media and then publisher of comics like Vampirella, Harris Comics…. And Buzz was actually drawing some issues of Justice Society of America for DC… I bumped into a great man named Brian David Marshall who was an aspiring comics writer …. Who gave me a chance to draw from original scripts as we planned on doing creator owned material from the start of the Image Comics fire that was started in the industry.

As I built up my portfolio, I was told that Milestone was looking for artists to help push their brand new comics line… And as I went to investigate, I bump into Joseph illidge. He was an assistant editor at Milestone then. As we re-established our friendship, he always talked about this burning need to get some writing off his chest and we both thought how cool it would be to do it on the pro level. When I discovered that my days of working with Milestone would be done, I sought out freelancing gigs through DC.

One of Joe and I ‘s mutual friends, Alisande Morales, was an assistant editor on a couple of projects and sought out to hook me up with one as a tryout. Little did I know that Illidge had already succeeded in getting one of his scripts okayed by the people at DC.

The moment I saw his name on the script, I immediately jumped for it. It was kinda this promise made without words: “if either of us makes it first, open a door to let us in.”

The moment I got the word that it was good to jump on the script, I called Ali to get Caesar to ink the pages. I just thought it would be great that the first project in DC comics should be done by the same guys who dreamed the same wavelength I did since I started drawing and writing comics for myself in junior high. Joe,Caesar, Buzz, myself…. We all talked about doing these things in group sessions and I figured if there’s going to be a circle of life to this thing, let’s start with the same men who all dreamed in comic book club from Art and Design.

It hadn’t hit any of us three until we actually did the deed. We dreamed and accomplished our goal. And never ONCE fretted or wondered about it. We just dreamed it and went to go get it. Coupled with agents of opportunities serving us the ride.

We became a part of an official march in DC…. Showcasing our abilities to present a spin on a character rarely used. A female, a person of color and a superhero. All in one.

AND SO the foray into the Big 2 started…..

…. With my best homeboys.

As of right now, Joseph, Caesar, Buzz, and myself are always seeking more pathways for further success. Joe is a partner with Shawn Martinbrough and Milo Stone with their company called Verge Entertainment, I’m a CEO and Owner of my own startup called Eternal Kick with partner Vito Delsante and two irreplaceable associates in Elina Nulman and Mitch Gross…. As we’re working hard to produce our own projects soon…. ” Buzz”Aldrin Is ruling the ComiCon circuit as usual and Caesar Has his own plans…… But
The cool thing about accomplishing a first step in your dream is that in a world full of excuses, it’s a light that will always shine in memory.

Some people had jobs, got paid and hated its existence. And some had work and loved it so much even if the money didn’t measure. They’d do it for free.

Never give up your dreams.
And never let anyone extinguish your light.

Hope you like what Joseph, Myself and Caesar started….
….. In case you missed it. 😉 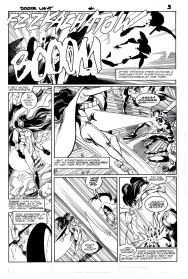 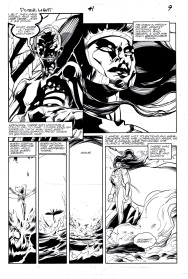 – Posted to The ChrisCrosser Blog using BlogPress from my BOOM Tube.

3 thoughts on “Dreams made in LIGHT”